Ep 187: Building a future in Uganda with Michaela Foster Marsh 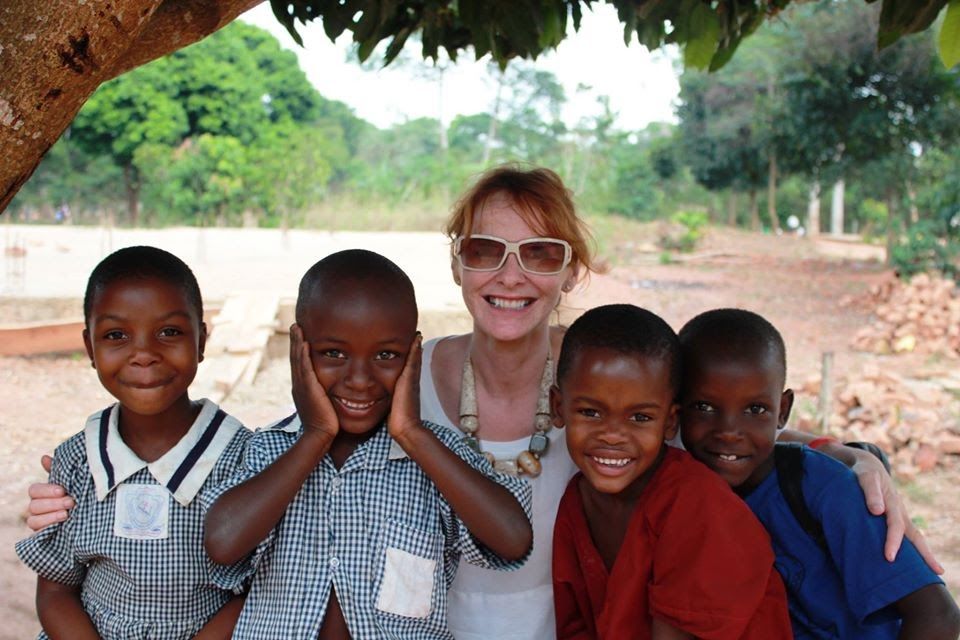 Today I am joined by Michaela Foster Marsh.  Michaela  is an acclaimed musician with three albums to her credit. Her work has appeared in television and film, including Dawson’s Creek, Breaking Amish and The Matthew Sheppard Story. She has been invited to sing at the Monaco International Film Festival, the Cannes International Film Festival, and for Her Majesty, Queen Elizabeth.

Most notable, Michaela is known for her philanthropic work in Uganda. Michaela is the founder and Executive Director of Starchild Charity, which works to support vulnerable children and women by providing education and support; and did I mention that her foundation is responsible for building a School for Creative Arts in Uganda?!

I invited Michaela onto TOL to share her story of growing up white with an adopted black brother only weeks apart, and being raised as twins in the late 60’s.

We talk about their life together as kids in Scotland, and how her brother’s tragic death in a house fire led her on a quest to find his birth family in Uganda. She shares the impact that first visit to Uganda had on her life; how it led her to write a book, start a charity, and build a school that now serves hundreds of kids and families in Uganda.

She shares about what she calls “The Magic in the Universe,” and how her perspective on life, material possessions, and success has evolved and changed over time.

Our conversation is filled with joy, loss, and inspiration. I invite you to share this episode with your people, and if you feel so inclined, leave us a comment or review.

Other Promo Codes for You!

10% OFF YOUR COLOR GURU WITH CODE “ORGANIZEDLIFE”

SUBSCRIBE to TOL to have new episodes downloaded each week!

REVIEW.  Social influence is the most impactful way to help others find our show!

HOT MESS: A Practical Guide to Getting Organized is my witty little survival guide that helps you get to the root of your clutter. Learn about the 3 types of clutter, Physical, Emotional, and Calendar, along with how to avoid the 5 Clutter Pitfalls.

Now is the time to reclaim time, find freedom, and feel empowered from the “stuff” that is holding you back.

Available on amazon, barnes & noble or wherever books are sold.

This site uses Akismet to reduce spam. Learn how your comment data is processed.